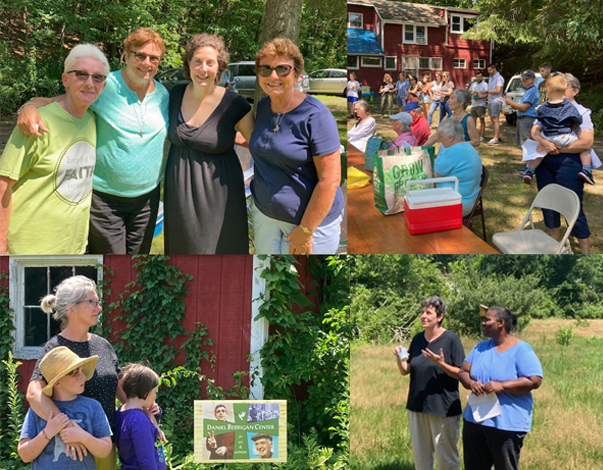 Dreams come in all shapes and sizes…some look at the dreams of others and see it as “a nightmare”, but the dreamer sees the bigger picture and the “possibilities” that are there!

These pictures were taken at the new site of Benincasa community in Guilford, Conn.  There is much to do but Karen, Sean and their two young children (the dreamers) are courageously setting out to bring their dream of a permanent site for this Lay Community, the community has been in existence for five years, the space will allow more of their dreams to come to fruition. The grounds will include a main house (Benincasa House – Benincasa being the surname of Dominican Saint Catherine of Siena, a 14th century Dominican mystic and activist whose spirit is very much at the heart of this new community); a center for Art and Activism (the Dan Beregan, SJ center), a community farm (the Peter Maurin farm—Peter was a French Catholic Social activist who founded the Catholic Worker movement with Dorothy Day). The spirit and vision of Dorothy is integral to the vision of Benincasa Community as are the four pillars of Dominican life; a playground for all (named in honor of  Martin de Porres – the 16th century Dominican who became the first black Saint of the Americas) is also found on the property.